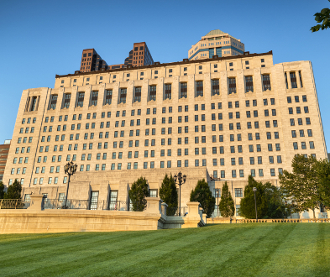 In a big win for CPAs and Ohio businesses and after decades of efforts by OSCPA to enact these commonsense laws, the Ohio Supreme Court today said the State Department of Taxation has the authority to create a centralized system for the collection of all municipal business income taxes.

The decision upholds OSCPA-supported reforms in 2014’s House Bill 5 and 2017’s HB 49 that eliminated the sales throwback rule and created a centralized filing and payment option for the municipal net profits tax. Writing for the majority, Justice Michael Donnelly said the Ohio Constitution allows state lawmakers to enact a set of rules governing how to assess, collect, and distribute net-profits taxes.

“Akron maintains that Article XVIII, Section 13 has never been interpreted to grant to the state ‘authority to take over the internal operations of local self-government.’ The laws enacted by H.B. 49 do not take over a municipality’s own internal operations; instead, they make administration of municipal net-profits tax, for those taxpayers who elect centralized administration, an operation of the state tax department.

The Ohio Department of Taxation previously estimated that centralized administration of the net profits tax could save all taxpayers as much as $800 million per year in compliance costs, but the provision itself only nets cities $750 million in revenue annually.

The Supreme Court also ruled that the state may not charge local governments a 0.5% fee to cover administrative costs, but it added that should not threaten centralized collection.

“… [T]he centralized-administration scheme can clearly stand on its own, as long as the state finds an alternative way to finance it… as long as the state finds other revenue. The intent of the legislature to provide a more convenient compliance method for municipal net profits taxpayers can be fully effectuated without the 0.5% retention. Moreover, the state itself takes the position that if the 0.5% retention is held unconstitutional, that ‘would not justify invalidating H.B. 5 and H.B. 49 in their entirety.’”

The Ohio Society of CPAs’ Government Relations team will have more information and analysis on this important ruling soon. In the meantime, you can read the Nov. 5 Ohio Supreme Court ruling in its entirety.