PODCAST: The value business professionals should see in Bitcoin

Despite a wariness that some might have toward Bitcoin, there are advantages to understanding and using the cryptocurrency.

“When you start to explain Bitcoin to people, it's difficult to grasp the idea because the question becomes how can all this exist?” said Nicholas Ward, senior accountant at Ciuni & Panichi Advisors. “How can you poof currencies into thin air? How can you do this without a company running anything?” 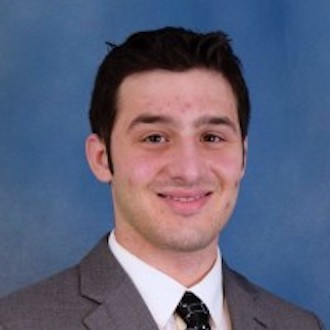 Ward joined The State of Business podcast to discuss the possibilities Bitcoin provides and why these options have value. Ward has previously discussed the basics of Bitcoin and how it came to be on the Bitcoin 101: What beginners should know episode.

Just like the Internet and other technology, Bitcoin has developed to become more user-friendly over the years, he said. One of the most obvious advantages of Bitcoin, Ward said, is that you can send bitcoins to anyone in the world without involving a third party.

Custody of your own assets is another point of value, Ward said. If someone purchases a Bitcoin on an exchange, the exchange should allow the user to then send that Bitcoin to their own personal wallet. That means the exchange gives the user private access to the Bitcoin purchased, and it will no longer be shown in the exchange account.

Ward acknowledged that this puts more responsibility on the individual. If you lose your password or access to your Bitcoin, you can’t go to anyone for help. But throughout history, there have been examples – during depressions or economic uncertainty – when people were not able to access their money through traditional banks.

“I think it is going to be a bigger deal to people than maybe some assume,” Ward said. “We've been lucky in the U.S. that for the most part have strong financial institutions we can trust. But you can scour Google for story after story of people's funds literally just being stolen out of their bank account, or banks go under, and there's no bailout to make them whole.”

“A lot of people thought it was this niche technology, and then all of a sudden their client shows up and they have transactions and they're not sure what to do with them,” he said. “As advisors and CPAs, we're in a world now that can change quickly. And these new technologies are something we need to pay attention to.”

Listen to the episode here.

For additional learning on Bitcoin and other cryptocurrencies, check out Blockchain Basics.