PODCAST: Edward Mendlowitz on his career, seizing opportunity and the future of the profession

For Edward Mendlowitz, CPA, much of his career has been about seizing opportunity. Especially unexpected opportunity, like when he was hired to put an Ohio company out of business – but ended up saving it instead.

“I also had people who were willing to listen to me and to trust me, and I ended up saving the company,” he said. 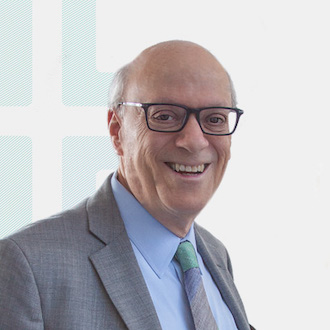 Mendlowitz’s name might sound familiar, as he’s not only a partner at the Princeton, N.J.-based advisory and accounting firm Withum, but also writes regularly for publications such as Accounting Today and CPA Trendlines. This week he joined the State of Business podcast to discuss his career after decades in the profession and where he thinks the future of accounting is headed.

Mendlowitz was actually fired from his first accounting job after college because he was so anxious to impress his boss he did the work too quickly and ended up missing crucial instructions. The perspective he gained – on how opportunity can arise out of unfortunate situations – has since been a benefit to his career.

Mendlowitz said later when he started his own practice, he developed a way to minimize the amount of instructions he gave to young staff to keep their full attention and emphasize the importance of working slowly. He said this resulted in good work and helped the staff learn.

After starting his own practice and growing it to merge with another firm, Mendlowitz began writing tax articles. But when he was unable to get them published, wrote an internal newsletter that was mailed to clients. Eventually other people began to ask him to write articles, which helped him publish elsewhere, leading to working with even more publications.

Throughout the course of his career Mendlowitz has written more than 25 books, tried cases before the United State Tax Court and traveled the world to offer his perspective to entrepreneurs. He said he was able to do these things because he was willing to take a chance and learn and try new things.

“I saw an opportunity and I took it,” he said. “I was not afraid of working. You’ve got to do the work. You can't fluff it off, and you’ve got to be prepared.”

Listen to the episode now to hear more from Mendlowitz on his work with the United States Tax Court, advice he gave to Martha Stewart about her business and more.