PODCAST: How simplifying your life can help achieve your goals

For Rose Lounsbury, simplifying her life has meant much more than having a clean house and less stuff around.

“When I tell people about simplicity, I'm definitely talking about the physical stuff – the things that are absorbing your time and energy,” she said. “But what I really want to get people to is the point where you suddenly have this clarity of mind, where you can pursue bigger things in your life than you thought were actually possible for you.” 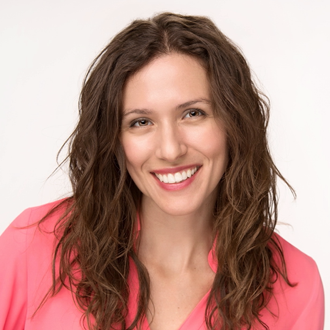 Lounsbury began focusing on simplicity in 2012 after she mentioned to a friend how she felt overwhelmed by the number of things in her home. Her friend suggested she consider minimalization.

“Over the course of the next eight months, I let go of what I would estimate to be about 70% of our belongings,” she said. “And that is a very dramatic number. But what was really surprising to me was that when I let go of all those things, what I found underneath all of it was my free time.”

Lounsbury will present on “The art of minimalization” at the July 22nd Women, Wealth and Wellness Virtual Conference. On this week’s episode of The State of Business podcast, she explains how minimalization eventually led her to quit her teaching job to start her own business. Now she is a speaker, author and simplicity coach.

She said those interested in simplifying their life should begin with their own belongings first. Although it might be easier to look at the items others in the household have, clearing up your own space can inspire them to do the same.

Mental clarity was an unexpected – but welcome – result that came from decluttering, Lounsbury said. She mentioned when people think of an ideal work environment, they usually envision somewhere with open spaces that is clean and organized, not areas where there is clutter and distractions.

Having less distractions and stuff around frees up your mind to focus on other things, Lounsbury said, in a way where you can devote that now free time to your dreams, passions and long-term goals.

“You'll start to get those jolts of freedom, those little bits of mental clarity,” she said. “And once you start to feel that, it'll give you the momentum to keep going. Every little step that you make is progress. And every little bit of progress that you make gets you closer to living a happier and freer life.”

Register now for the July 22nd Women, Wealth and Wellness Virtual Conference to hear from Rose Lounsbury and numerous other inspiring speakers.

For additional learning on this topic, check out our Women, Wealth & Wellness On-Demand Bundle.

Join other women in discussing leadership opportunities and challenges by participating in the OSCPA Women’s Initiatives Book Club.