From Afghanistan to audits, Cincinnati Young Pro loves a challenge 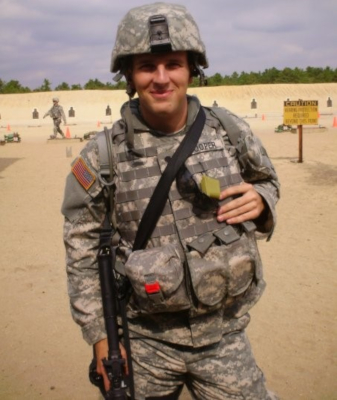 For Keenan Cooper, CPA, his path to the accounting profession wasn’t an especially smooth, easy or quick one. But, he says, it was worth the wait and the work.

Cooper, an audit associate at Grant Thornton LLP, graduated from Mason High School in 2005 and had already enlisted in the Army by the time he entered his senior year.

“After I graduated, I went to basic training for a little over a year and developed my skills as a military intelligence analyst,” he said. “I came back and served in the reserves and attended Ohio State. At the time I was majoring in psychology, and like a lot of people, was a little aimless in my first year of college. But, thankfully, the Army helped me make up my mind because they deployed me in 2008 to Afghanistan.”

After serving a year as part of the Psychological Operations Task Force - Afghanistan (POTF-A) with the 15th PSYOP Headquarters Company, he came back and began studying education at the University of Cincinnati.

“I was studying Taliban and Al-Qaeda propaganda, and while I was over there, I developed a passion for education,” he said. “I thought it was kind of linked to what we were doing over there, so when I came back, I majored in education for a short period of time. But I wasn’t really crazy about it, so I kind of let that fall to the wayside.”

“That was my first exposure to accounting – it just kind of clicked for me and sparked my interest,” he said. “I considered either pursuing accounting or marketing, but I eventually figured out accounting would be a better fit for me.”

He then transferred back to the University of Cincinnati’s main campus and graduated in 2015 with a bachelor’s degree in accounting. Thanks to the courses he took while in the service and at various campuses, he had already completed the 150 credit hours needed to pursue his CPA. So, shortly after being hired at Grant Thornton, he received his CPA.

Now, thanks to advice from his career coach at Grant Thornton, he is actively involved with the Cincinnati Young CPAs.

“My career coach, Kendra Smith, encouraged me to get involved outside of the office,” he said. “I thought [the young professional committee] was an excellent opportunity to put myself out there and support the profession.”

Keenan and his YCPA Committee partner, Courtney Holloway, hosted their first happy hour in April. He also attended the Young CPA Leadership Board meeting in Columbus in May, which gathered together YCPAs from across the state for a day of learning and collaboration. 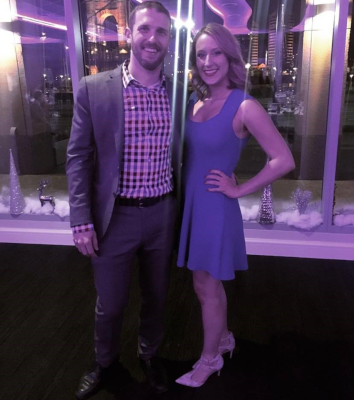 “It was really cool because I got to hear from some of the other locations about what worked for them,” he said. “The Young CPA Committee is an excellent format for people to get out there and network, see what other people are doing, and develop a bigger picture about the accounting profession in general.”

Cooper also attended OSCPA’s Leadership Advance retreat recently, during which he met with other young professionals and people who work in different businesses across the state.

“Everyone mingled together, so I wasn’t just sitting with YCPA Committee members the whole time – I got to sit with people from across the board in accounting,” he said. “A lot of people just think about discounted CPE when they think of OSCPA, but I would encourage people to look beyond that and look for other ways to get involved. The Ohio CPA Foundation provides some amazing opportunities. There are a lot of ways to help the profession.”

PHOTOS: Keenan Cooper, CPA, is shown, top, in 2008 as he was preparing to deploy to Afghanistan; and below, more recently with his fiancée, Caroline Leach.