The Ohio Society of CPAs has announced its endorsement of Senator Sherrod Brown and Congressman Jim Renacci, CPA, for U.S. Senate, and of Frank LaRose for Ohio Secretary of State. 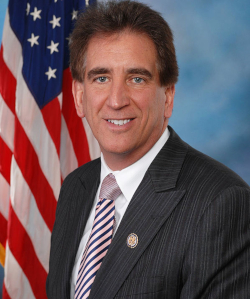 “Where OSCPA’s core issues are concerned, Renacci has been our go-to legislator on tax and government transparency, while Brown has advocated for a variety of issues impacting the regulation of the CPA profession that go through the Senate Banking Committee, on which he is the ranking minority member,” said OSCPA President and CEO Scott Wiley, CAE.

OSCPA has endorsed Renacci in every race he’s run to serve in Washington. As a CPA, he clearly understands the issues impacting the profession and has worked tirelessly to strengthen the business environment in Ohio and across the nation. He was instrumental in crafting tax reform provisions and has supported several bills that directly impact the accounting profession, including IRS reforms. Renacci has been an invaluable advocate for efficient, transparent and cost-effective government operations. 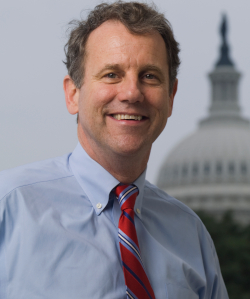 Brown has been in the U.S. House and U.S. Senate for nearly 25 years and has made his work with the CPA profession a priority throughout his tenure. OSCPA has endorsed him in every race he’s run since 1996. Brown has maintained a strong working relationship with OSCPA and has provided invaluable leadership on key issues, including being lead sponsor of the Mobile Workforce State Income Tax Simplification Act, and working with the CPA profession to stave off harmful regulatory changes.

“Ohio is fortunate to have two very qualified and accomplished people running for the U.S. Senate,” said OSCPA President & CEO Scott Wiley, CAE. “Both have very strong working relationships with our profession, both have been endorsed by us multiple times in the past, and both have been extremely helpful on a variety of key issues. Both merit OSCPA’s endorsement this year.” 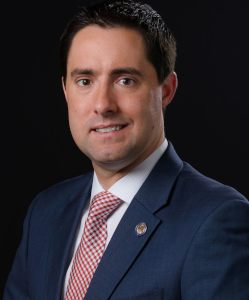 LaRose, now the Senator for Ohio’s 27th District, has an exceptional voting record on business issues, and OSCPA has enjoyed a positive working relationship with him on tax reform and other key issues related to efficient government operations.

“Senator Frank LaRose is a respected legislator who clearly understands the needs of the business community,” said Wiley. “We are confident he will build on current Secretary of State Jon Husted’s successes to equip entrepreneurs in our state with the tools they need to easily start a business, which ultimately will contribute to a stronger economy for all Ohioans.”

Fairness, objectivity and integrity weigh heavily in the Society’s member-driven endorsement process, which intentionally does not look at a candidate’s position on a single issue, but at their overall leadership on issues high on the CPA profession’s legislative agenda. Additional factors that are considered include a candidate’s background and experience, philosophy on key business and economic issues, and their working relationship with OSCPA and CPAs in their district.

If you have questions about these candidates or want to know more about the endorsement process, please contact OSCPA’s government relations team.