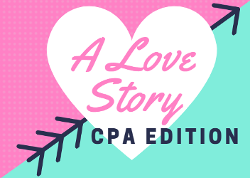 In honor of Valentine’s Day, we’re highlighting Ohio accounting couples the entire month of February. Find out how they met, their first impressions and how accounting factors into their love story. These CPA lovebirds range from newlyweds to those celebrating decades of marriage, so check back each week for a new story.

You don’t always know the days in your life that will prove to be the most meaningful until much later. Jan. 17, 1989 was one such day for Rick and Diana Veid, who met at an OSCPA event in Cincinnati. 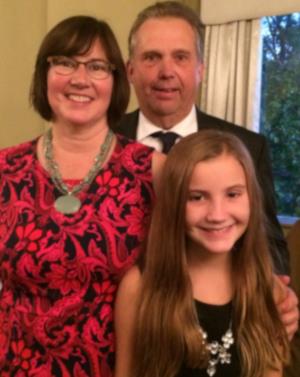 “After that we kept running into each other at different meetings,” Rick said. “It took me until May to finally ask her out.”

From there, the couple started dating, were engaged the following year and married later that fall at St. Williams Catholic Church. They chose to live in Cincinnati, the city where Rick was born and raised and Diana’s favorite town after experiencing other areas of Ohio.

“Our daughter is 15 years old and she always says we’ve got to come up with a better story,” Diana said.

Rick worked in industry and public accounting for most of his career and Diana worked for a large public firm. After being married for 17 years the two decided to go into practice together, starting Veid & Veid, Certified Public Accountants.

“We just got to the point where we could see each other more if we worked together,” Diana said with a laugh.

She said the couple have gotten to know one another in ways they wouldn’t have if not for working together, and noted seeing each other’s professional strengths has been a pleasant surprise.

Accounting has woven its way into their life even outside of the office. For example, when their daughter was two years old she informed them from the back seat of the car that talking about taxes was off limits for the day.

They said one of the highlights of their careers and time together has been opening their own business, along with family trips both inside and out of the country. They said they keep busy with their daughter’s extracurricular activities in addition to playing golf and volunteering at church functions.

“I could not imagine being married to anybody other than Rick,” Diana said. “He gets me, and we understand each other so well, we’re like that old couple that finishes each other's sentences.”