Tax season mentality means public accountants are focused on billable hours and making deadlines. But while you’re taking care of the most urgent items on your to-do list, don’t forget your other important tasks unrelated to busy season. 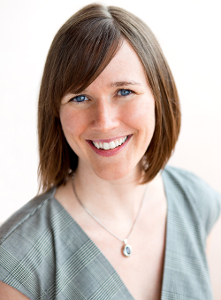 “If you have a common problem of never getting into those non-urgent or important things, then all you’re doing is client service the whole time,” said Kristen Rampe, CPA, owner of Kristen Rampe Consulting. “You could be neglecting a part of your practice that adds a lot of value.”

These other responsibilities could include giving performance feedback to junior team members, maintaining critical business relationships and learning development opportunities. Consistently pushing back or ignoring these tasks could hurt you later.

“CPAs know the clients are the reason we exist, and we want to serve clients and make sure they’re served well,” Rampe said. “They’re bubbling to the top in terms of our priority list, so it’s easy to lose sight of doing anything else.”

The trick is finding balance. Rampe said no one wants to be known as the person who missed a deadline to work on something non-essential, but there is a way to make sure these tasks still get accomplished.

“There’s always some excuse for what’s going on,” she said. “That doesn’t mean you don’t prioritize those urgent commitments, but taking a four-month break can be tough on other priorities outside of client service.”

Rampe suggested using a calendar to set aside time each week with a reminder to complete something unrelated to busy season. This is also a great way to avoid burnout, she said, and take a break from the repetitiveness and intensity of tax season.

But scheduling this time is pointless if you don’t recognize the value of the task.

“Understanding the value of those important but not urgent things, that’s going to be the number-one piece of it,” Rampe said. “Because if you don’t actually see any value in it or don’t want to make the time, you’re not going to do it.”

To learn more about Kristen Rampe go to her website.