Rachel Bendon and Jeffrey Senediak both planned on interning in an office over the summer, but the summer didn’t go as planned for anybody.

Like the rest of the world, college students had to quickly adjust to a remote environment last spring, and when summer came along, a lot of accounting students were given the challenge of navigating a remote internship. 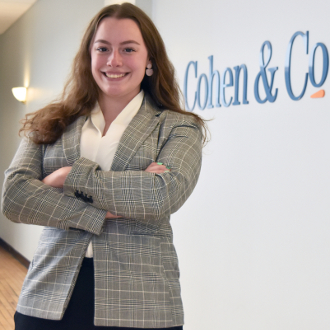 “Mainly the virtual setting was hard to overcome,” said Bendon, a current senior at Youngstown State University and intern at Cohen & Co. “I’m so used to sitting down with somebody, looking them in the eye and talking to them. Having to look at my actual camera was hard to get used to, I felt like I was being rude."

Another obstacle many students and professionals face in a remote role is concentrating on work while at home, an environment typically meant for relaxation, said Jeffrey Senediak, current senior and intern at PNC.

“One challenge would definitely be staying focused and staying alert on the job,” he said. “When you’re working from home it’s easy to be distracted, so a simple thing would be to put your phone away.”

While both their internships were different than they had imagined, Bendon and Senediak said they were still able to gain the valuable experience they would have had they been in an office.

“Overall, it was a great opportunity to really network with people in different areas,” Bendon said. “There’s offices all over from Detroit to New York. We got to speak with them and talk about their experience which is something we wouldn’t have gotten to do originally.” 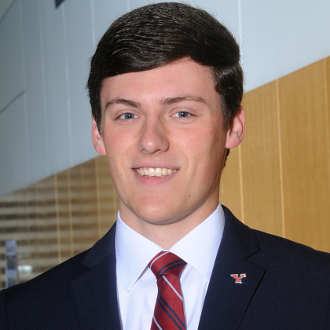 Bendon also said the interns had the chance to speak with a different partner at Cohen & Co each day. They would talk about their experience with the company, let the students ask questions and learn about their culture.

“Every day we were presented with a great networking opportunity. We sparked some great opportunities and I really liked that aspect of the internship,” Bendon said. “In a normal internship we would have just met who we were working with, so we got to meet with people all over the world.”

In addition, Senediak said networking played a major role throughout his internship as well. He was given a mentor who he could discuss his goals with, and through her he was able to connect with other professionals within the organization.

“90% of people are more than eager to talk to you as an intern and talk about their role,” he said. “That was very well known at PNC. Anyone I asked to speak with, I didn’t get a single decline.”

Senediak also said it’s important to be purposeful with who you want to meet with.

“You’re not going to just magically appear on someone’s calendar,” he said.

In addition, both Bendon and Senediak have accepted job offers from Cohen & Co and PNC. Bendon will start in Jan. of 2023 after completing her Master of Accountancy Program, and Senediak will begin in Aug. of 2021 after graduation.

To help other students land a job offer after completing an internship, he recommends demonstrating a willingness to learn, asking questions, going the extra mile on projects and networking.

In addition, Bendon emphasizes the importance of simply being yourself.

“At first, I was a little nervous, but after you get started, it’s a lot easier to talk about yourself,” she said. “You know a lot more than you think you do, and of course there’s going to be things that you don’t know and that’s okay. It’s really just a learning experience.”