PODCAST: Death & Taxes: The perspective of a CPA funeral director

It’s said the only certainties in life are death and taxes; Funeral director Denny Murphy, CPA, has a solid handle on both. 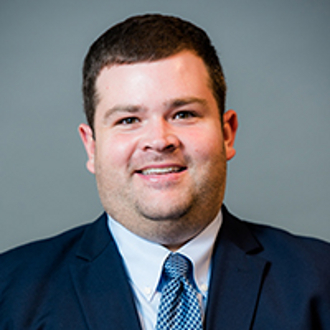 Although Murphy does not own the business now, he said he said he would like to one day in the future. He joined the latest episode of the State of Business podcast to talk more about how his CPA knowledge serves him well in the funeral business and his own perspective on the unique industry.

“I guess a lot of people have the perception of working as a funeral director and dealing with dead bodies and cremation and ashes, puts people off or kind of scares them,” he said. “But growing up our funeral home had a community center that we would have parties at. So, we'd be in the funeral home non-stop to come in and see my dad and be in the office. It’s been second nature.”

After spending more than a decade in public accounting at Skoda Minotti – now Marcum – Murphy said he had developed the crucial skills needed to navigate dealing with sensitive and timely issues. Working in public accounting meant communication was key, and that’s translated to his new role as he works with grieving families, cemeteries, churches, the Department of Vital Statistics and others.

From the technical standpoint, Murphy’s CPA background not only means he understands the books and records but can tackle more complex issues of filing. He said one of the first things he did when he started was apply for the Ohio Small Business Relief Grant along with assist with the Paycheck Protection Program loan forgiveness.

“It all just hits a little bit deeper in the funeral industry,” Murphy said. “It’s about helping a family who's grieving, and they trust using a funeral director to help them get through the process. So that's the biggest thing I'm looking forward to.”

Listen to the episode online now.