Ebonie Jackson joins the AICPA Board of Directors 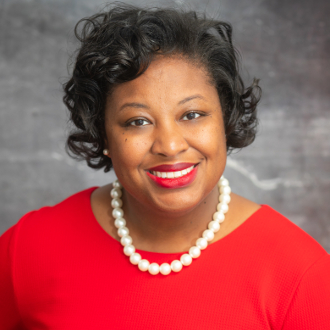 The AICPA last month announced their new Board of Directors for 2021, and among the many qualified professionals is OSCPA Executive Board member Ebonie Jackson, CPA, CITP, CGMA, MBA.

“I’m very honored, the AICPA is very special to me,” Jackson said. “I was an AICPA scholar in college and ever since I was introduced to the profession, the AICPA has been there, and I have done something that relates to it."

Jackson has been involved with the AICPA since she was a student at Florida A&M University. The summer before she graduated, Jackson took part in their minority initiative committee, a workshop to help potential CPAs of color pass the exam, she said.

“It was focused on why African Americans didn’t either pursue the CPA or had a harder time passing,” Jackson said. “The whole reason was because they were taking the CPA exam later, they weren’t taking it right out of college or in college at that time.”

After graduating in Dec. of 2002, Jackson passed her CPA exam the following spring. After passing, she called the AICPA to tell them how helpful the workshop had been, which lead to her continued involvement where she volunteered with students to help them prepare for the exam.

In addition, Jackson said she is most looking forward to being able to listen to experts and give input, building relationships and the DE&I work the AICPA is doing.

Jackson also said her favorite part of the profession is the many paths one career can take.

“My favorite part about being a CPA is just how diverse your career can be,” she said. “I love it. I came out of school at a big four accounting firm and got a good foundation to know the language of business that CPAs must know. That foundation I’ve been able to use in so many ways.”

Jackson also said she is thankful for the mentorship and support from her family throughout her career.

“My parents were my first mentors. Working with them is what helped me have a love for business,” she said. “I always knew from watching them I was going to be in business, but the CPA motivation came from my mom.”

In addition, Jackson said she is appreciative of the encouragement from her husband and children.

“Even though I love my job and I love the work I do, my biggest love is being the wife to Richard Jackson and being the mom to Jacob and Caleb,” she said.