While most newlyweds are settling into married life, Katelyn Bloom, CPA, spent the first year of her marriage studying for the CPA exam and working extra hours during busy season with the support of her husband.

“My husband did all of the cooking, all of the cleaning and all the laundry,” she said. “He also had to listen to Becker (exam prep). He gave me his computer at home so I could put Becker on our home computer as well as my work computer. And I would literally study every evening, every Saturday almost all day and Sunday after church.” 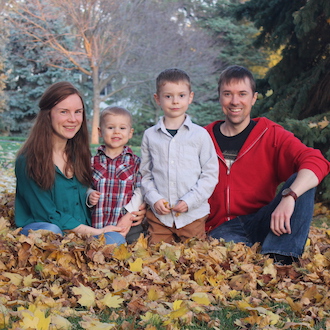 Bloom graduated from Bowling Green State University in 2010 and married her husband, Rich Bloom, in June later that year. By August she started studying for the CPA exam, aiming to take all four sections within a six-month period.

Bloom said she realized over the summer while studying how much time it would take and shared with her husband what she had heard from coworkers about the stress of the upcoming busy season. At that time, Rich was a full-time graphic designer. They discussed the time commitment she would need to make to the exam and work for the near future, and she said her husband trusted her judgment to manage that.

“I for sure could not have done all of that without his incredible support and understanding,” she said. “He affectionately calls busy season ‘video game season,’ because that's what he did while I was working and studying.”

Bloom worked at EY for seven years after graduation and has now been at Cooper Tire & Rubber Company for four years. She recently received a promotion to be Cooper’s global compensation manager. Bloom and her husband share a feeling of mutual support for their respective careers. She fully supported him when making the decision to leave his full-time in 2015 to pursue his dream of being a freelance graphic designer & illustrator for the comic book industry under his own company, RetrobotArt. They now have two sons, and she said their foundation of trust and communication has remained strong over the years.

“It's meant the world, because to know that you have someone in your corner willing to drop everything to support you and that you would do the same for that person is an element of confidence and support that's really vital,” she said. “Not only to a healthy marriage but to a truly successful life.”