When Michael Wheatley lost his job in retail, he began to consider what other careers would bring him happiness and stability. 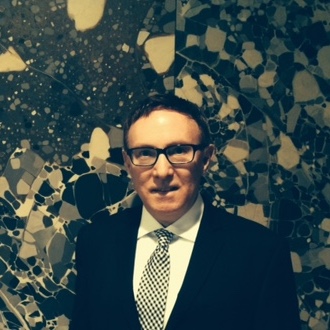 “I thought to myself, ‘What can I do in my life that will really give me job security for the rest of my working career?’” said Wheatley, CPA, director for state and local tax at Procter & Gamble. “And I had to really sit down and think about what I liked about my job before I lost it.”

Wheatley spent 17 years in the retail industry from his late teens into his 30s. He became a district manager and ran seven shoe stores in Cincinnati. But the company eventually went bankrupt, and Wheatley lost his job, which is when he said he started to rethink going back into the retail space and begin looking at other possibilities.

He said at his previous job he most enjoyed working with budgets and mentoring and coaching other colleagues. After speaking with friends of his that were in accounting and considering other professions like the medical field, he decided to pursue becoming a CPA.

“I was influenced by the positivity of how certain people in my life felt about accounting or being a CPA,” he said. “And I did my homework and read about the career.”

He enrolled in Cincinnati State for a two-year degree and, after graduating with a 4.0 GPA, was able to transfer credits to the University of Cincinnati where he studied accounting. He received a fully paid scholarship from The Carl H. and Edyth B. Lindner Foundation and had most of his education paid for through other scholarships. As a non-traditional student, he said he wanted to be able to compete with young professionals and leveraged his impressive academics and life experience when talking with future employers.

After graduating college, he worked at Anderson and then went to Grant Thornton. During this time, he also passed the CPA exam. He said he wanted to look at other options outside of public accounting and started working at Procter & Gamble in 2007.

Wheatley said his experience in retail has translated well to accounting, especially when working with people. He already had years of mentoring and coaching others, which became a key responsibility of his at P&G.

While the path to becoming a CPA required sacrifices, Wheatley said he would encourage those who are interested to lean on the support of friends and family and find a mentor to help.

“At the end of the day, it's an enjoyable career,” he said. “For me, it really is a challenging career. But I have met so many incredible people. And I'm so grateful for the support because nobody does anything alone.”