How to be a male ally

Men acting as allies to women in the workplace need to offer genuine support and be willing to have uncomfortable conversations. 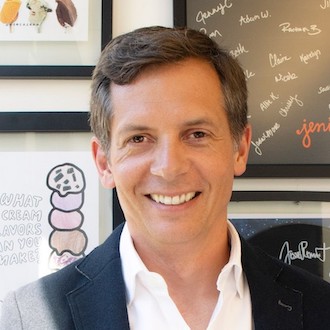 “Be intentional and think about the environment and what you can do to make some small differences,” said John Lowe, CEO of Jeni’s Ice Cream. “This is something I think all men and certainly men in positions of power should think about.”

Lowe will be on a panel at the Women, Wealth and Wellness Conference on July 21 about the power of change. Being an ally is about being intentional with your actions when thinking about gender equity, but it’s also about knowing when to speak up, Lowe said.
“That's when it's most important to jump in and make it clear that you don't condone inappropriate behavior or thinking,” Lowe said. “I think the first time you do that, it feels awkward. And then it feels more awkward not to do it. And it's important for men to be willing to be reactionary when they see that sort of behavior.”
If this behavior goes unchecked, it will continue. Although calling it out does not mean it will stop completely, it’s a key step in building a more equitable workplace.
For those looking to be stronger allies to women, Lowe said to first recognize that no one is perfect, and there is always room for improvement. He said men should look at their own home life with their partners and loved ones and consider how they can better support the women in their lives. Also look at areas where there are few or no women involved, such as conferences where the only speakers are men, and how that can be improved or if you should decline to participate.
It’s not only men in public leadership positions  that can be allies, he said. Any man can if he’s willing to have open conversations with others, even if it might feel uncomfortable. He said speaking to your boss or others in positions of authority can be intimidating, but it’s an essential part of being an ally.
“I think men with their heads screwed on straight can help others see the light,” he said. “And when men find the courage to do that, they can make the world a better place.”
Register now for the Women, Wealth and Wellness Conference on July 21.