Power of Change Honoree: Dani Gisondo on rising through the ranks

Being a woman in a male-dominated field wasn’t always easy for Marcum partner Dani Gisondo, CPA, and she wants to change that for others in the future. 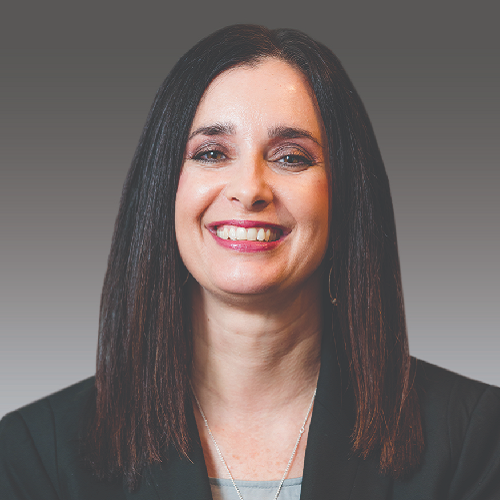 “I’ve always wanted to make it easier for other people than it was for me going through the ranks,” she said. “A lot of people helped me while in a male-dominated career and moving up in the organization, and I want to help other people.”

Gisondo was named a Power of Change honoree at the OSCPA Women, Wealth and Wellness Conference in July. The award salutes individuals who are advocates for women’s initiatives in the workplace and business community, serve as mentors or role models, make a significant impact on their communities or break barriers for other women.

Gisondo said early on in her career she knew she wanted to stay in public accounting and loved working with clients and meeting different people. She also quickly realized that the accounting profession is about relationships and enjoyed building strong relationships with her peers and clients.

“The way I treat others is the way I want to be treated,” she said. “I truly want to get to know them first and the work comes after.”

As a result of the pandemic, working remotely has become the norm. But years ago, Gisondo was one of the first people in her firm to have a flexible working arrangement before it was as widely accepted as it is today.

She said sometimes that could be difficult in a public accounting environment where everyone is more accustomed to seeing each other in the office, but she focused on her work and said “… you have to have perseverance, especially when you’re doing something different.”

Trying to balance her family life and work responsibilities was never perfect, she said, but she gave herself grace when one took precedence over the other, knowing in the end it would even out. Since she was surrounded by mostly men throughout her career, she had male mentors and sought out female mentors not only in public accounting, but also in the banking and legal fields.

For those who might be “the first” to try or suggest something new at work, Gisondo said figure out what you want to accomplish and the steps to get there. It might not look exactly how you pictured it but keep trying new paths and don’t give up.

Hear from other Power of Change recipients here.