Podcast: How to handle employee insubordination

It’s every manager’s nightmare: not only are you dealing with a disobedient employee, but their disruptive behavior is playing out in public. 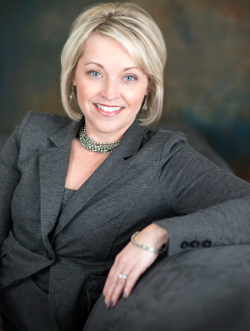 “If a person is being insubordinate, particularly if they’re doing it in front of other people, it does not make you look like a credible leader if you allow it to go on,” said Tonya Tiggett, career strategist and coach in the most recent episode of our podcast, The State of Business with the Ohio Society of CPAs.

She said employee insubordination can happen in a variety of ways. But before you jump to conclusions, spend time with the employee to understand their behavior. This person might be genuinely confused about an aspect of their job responsibilities, or it could be something going on in their personal life. Clarify the issue before you assume their behavior is ill-intentioned.

Reach out to the individual and explain why you’d like to talk privately. Be sure to do so in a timely manner so the behavior doesn’t drag on and impact other members of the team. During the conversation, focus on the performance itself, rather than the employee’s character.

“You can address someone by saying ‘I don’t know if you realize, but for the past three assignments I’ve given you, you’ve blatantly told me it’s not your job,’” Tiggett said.

Avoid “you” statements, she said, like “you’re not a team player.” You don’t want this conversation to turn personal; the issue is about behavior in the office.

And even if the employee’s disobedient behavior doesn’t always happen in front of others, their toxic energy can seep into the culture of the team and be a distraction for everyone.

It’s crucial to plan the conversation beforehand, she said, and prepare for a variety of scenarios. That might mean you need to move the individual to another team, or possibly decide on termination.

“Plan for the worst, hope for the best is absolutely true in this,” Tiggett said. “How is this person most likely to react?”

Listen to the episode now to hear more from Tiggett on the common mistake most managers make during these conversations, the one thing you can’t forget with an insubordinate employee and more.