Podcast: Going from CPA to entrepreneur

Leaving public accounting to go into business for yourself can be intimidating, but one CPA who’s done it said it’s possible if you are strategic about your time in public. 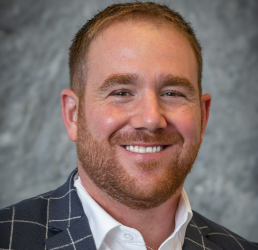 “While in public accounting I was trying to build my network,” Aaron Pike said in the latest episode of The State of Business podcast. “I was observing and being a student of what’s happening in the marketplace.”

Pike spent more than seven years at various accounting firms, including Big Four firms, and that time gave him exposure to a variety of industries, such as banking, manufacturing, distribution and construction. He said that knowledge helped him once he left public accounting when it came to making connections to get involved with other business ventures.

Now he focuses on consulting work and is in the midst of opening a sports agency. He double majored in marketing and accounting at Miami University, giving him a strong foundation for different aspects of business. Pike said sports consulting has been an interest of his since high school, and he even spoke to sports agents as a student to learn more about their work.

“You really only get one chance to figure out what you want to do in life,” he said. “I’ve always looked at it like, as long as I’m happy doing it and generate income for myself and it makes sense, that’s what I want to do. Sometimes I’ve had to deviate from the plan. Finding a successful path isn’t always the easiest thing to do but it’s always been my passion.”

He’s also used his social media presence of more than 27,000 followers on Twitter to his professional benefit. Pike said although it’s been difficult to build a strong relationship with everyone he interacts with on social media, it’s been valuable in the exposure it’s given him to different industries.

“It’s been very advantageous to have a lot of awareness in a certain space or industry and following trends,” he said. “And to know who all the different players are and be able to connect the dots is one of the areas where I have a strength. That’s an advantage I have from having a large network.”

He advised other young accounting professionals to earn their CPA designation and said that’s lent credibility to his reputation.

“Figure out what your passion is and pursue that,” Pike said. “If you want to be a CFO one day then start talking to people who can help get you there, I think that’s important. It doesn’t necessarily need to be talking to someone within your same organization, try to find your own blueprint for success.”

Listen to the episode to hear more from Pike on ways his accounting background has benefited him while building his business, the value of the CPA and more.