Certified follows a group of aspiring CPAs while they prepare for and take the various sections of the CPA exam. We started following our candidates in May 2016, and this is part six of Donald Jungquist’s story. Read more here.

After finishing the Regulation (REG) section, Don Jungquist was prepared to feel less than confident. He had recently passed Business Environment and Concepts (BEC) and knew that, despite hours of preparation and studying, he would probably walk out of the testing center feeling discouraged – just like he did for BEC. 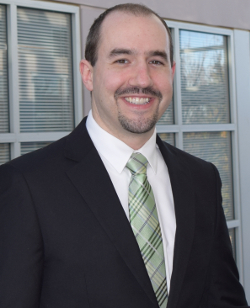 “I felt about the same this time as I did last time,” he said. “I had already adjusted to the fact that I wasn’t going to feel confident when I left.”

Despite this, he said he’s relieved to have another section crossed off the list, and he’ll know his results soon. Jungquist is taking a couple weeks off from studying before he gears up for his next section, Audit, to give his brain a much-needed break. He plans to take that in the beginning of the all-encompassing busy tax season. And during his break, he’s looking forward to enjoying the simple things.

“You don’t notice it until you don’t have any free time, then you’re really grateful to be able to just sit and watch TV or a movie,” he said.

As far as the difficulty of Audit is concerned, Jungquist said others have told him it’s the section with which they struggled the most. Approximately 47.3% of people pass AUD, according to the 2016 AICPA CPA Exam Pass Rates. That is the second lowest pass rate, just squeaking ahead of FAR at 45.55%.

“You get worn out from constantly either working or studying, which requires a lot of focus and attention; it’s very tiring on your brain,” he said. “You need these little breaks. During this break from studying I’m going to focus on work. You really need to do that because you can’t keep going at that pace for so long.”

Next time: The results of REG