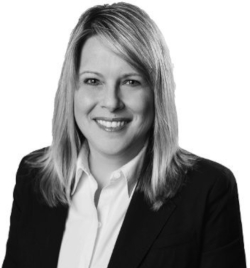 After more than two decades at KPMG and Grant Thornton, Kendra Smith, CPA, did something most people would dread: she went back to high school.

Smith became the director of finance and administration at Mercy McAuley High School in Cincinnati in July. And while the trends and fashions have changed since she earned her high school diploma, the need to support girls’ education has not.

“I’d been in public accounting for 20 years and I felt like it was just time. I knew I was ready to do something different,” Smith said. “But, I wasn’t actively looking for a job. I heard about this opportunity, and I’ve always been a big supporter of all-girls’ education, so that part of it was appealing.”

She now oversees everything from accounting to IT, facilities and HR at the school.

“It’s challenging, but it’s been a learning experience, which is fun,” she said. “The accounting part is something I’m obviously familiar with, so it’s been interesting to learn, or start to learn, about different areas, particularly the facilities part. We had a lot of construction going on when I started, so it’s been fun to be involved in that.”

“I think the importance of diversity is a huge lesson I learned working on audit teams,” Smith said. “As we were forming this new school, we had people from both schools bringing their backgrounds and perspectives, and then new people not affiliated with either (like me), so there were a lot of different opinions, but that made our decisions better.”

She said she came prepared to work with all kinds of people and personalities, noting that she wouldn’t be where she is without those she’s met along the way.

Smith also encouraged people who are working on audit teams and in public accounting firms to remember their good experiences when times get stressful.

“Sometimes people have a bad week or even a bad year, and you’re putting in a lot of hours, but those challenging projects come to an end and things go back to normal, so don’t make decisions in the heat of the moment. Just because you’re unhappy right now, that doesn’t mean you will be three months from now.”