From football to financial planning

When Drew Dixon, CPA, played for Case Western Reserve’s football team as an offensive tackle, he had no idea he would one day work for the company that manufactured the helmet on his head.

Although Dixon’s love of football had been strong since his youth, he said he never expected to bring his passion with him to his workplace. Rather, he thought he would hang up his jersey and start work with “a valuable degree” when the time came. 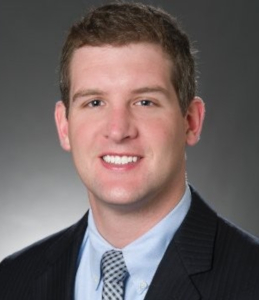 “When I picked the accounting major in college,” he said, “two things led me to that: I knew it was a good industry and I knew that there was a good chance I could find a job.”

Dixon knew he wanted to explore opportunities in manufacturing after previously working with many clients in that area. When the position with Riddell became available, he said it felt like a perfect match.

“It was a really good fit for me; it had the manufacturing I was looking for but also a company I was familiar with and passionate about,” he said.

Dixon, now the senior manager of financial planning and analysis at Riddell, is responsible for finance forecasting and preparing the company’s annual budget. He cited having the chance to work as the project manager on the construction of the new Riddell building (and the move in general) in North Ridgeville as a highlight of his time there thus far. In this role, he was tasked with overseeing the budget and making sure it was met every step of the way.

With the changing of positions, companies, office buildings and Riddell helmets, it’s Dixon’s love of the game that has stayed the same. And he hopes to pass down this same love for football and Riddell helmets to his two-year-old son.